HARRIERS were held to a 1-1 draw at Nuneaton Borough in National League North.

After a fairly even first half, Harriers edged in front past the hour when Jimmy O’Connor’s header found the net.

The hosts would respond, though, as Rhys Davies drilled home from close range. 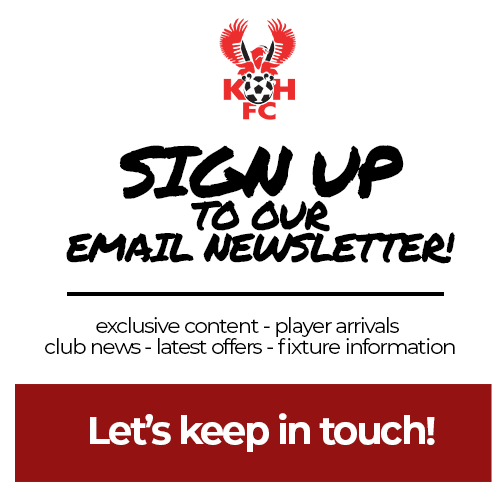 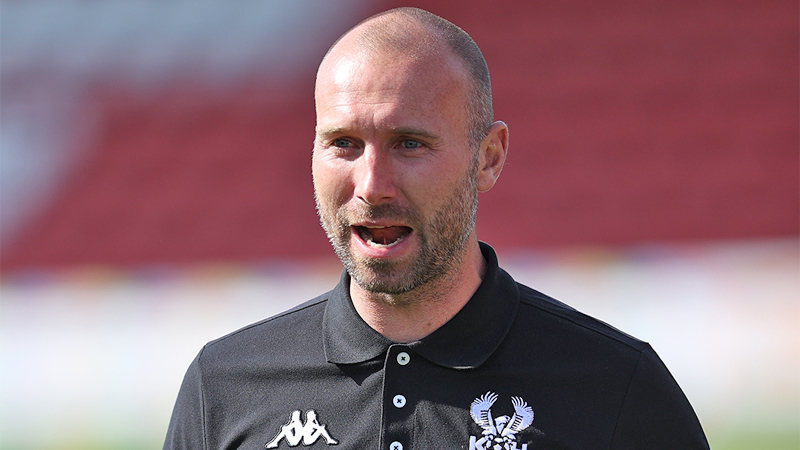 HARRIERS were held to a 1-1 draw at Nuneaton Borough in National League North.

After a fairly even first half, Harriers edged in front past the hour when Jimmy O'Connor's header found the net.

The hosts would respond, though, as Rhys Davies drilled home from close range.

Harriers had a great early chance to net when a breakaway after four minutes found Bradley, supplied by Taylor, in on goal only for his low effort to be saved well by Cam Belford.

McGurk was one of the home side's brightest threats and he had chances on seven and 11 minutes, the former producing a good save from Hall. The Harriers' stopper had to be in good form again midway through the half when he parried a Richards shot.

The half ended as it began - with a big chance for the visitors. This time, Chambers freed Bradley who returned it to Taylor who struck high - Belford needing to tip it over the bar.

Six shy of the hour, McGurk drilled wide when handily placed before Chambers at the other end saw his effort from Bradley's cross saved, the striker firing over with a firm drive seven minutes later.

The visitors' best spell of the game got them their goal, Bradley seeing Belford hold his shot before the opening goal came with O'Connor heading home a Williams cross.

Harriers, however, were never really able to press home that advantage. After Panayiotou really ought to have pulled them level with two bites of the cherry, Davies did so on 77 minutes, slotting the ball into the net after an attempted clearance bounced off Vaughan into his path.

Neither side truly mustered enough to find a winner from there, but, among the late chances, Williams saw a free kick held and Angus, for Borough, curled wide when well placed. Ironside's 87th minute header was the closest of the lot when his header at the far post was turned over.

Harriers are looking to once again bounce back from a disappointing result last weekend as they travel to face Nuneaton Borough.

Southport travelled to Aggborough a week ago and had a blistering start, firing four goals into the Harriers net inside 34 minutes.

Harriers did find a goal twenty minutes from time through the skipper, Jimmy O'Connor, but Southport returned to Merseyside with all of the points.

Reflecting on a frustrating afternoon, defender Fraser Horsfall wants to use the Southport match as an important learning curve.

"Sometimes you are going to have games like that but you've just got to learn from it and move on," admitted Horsfall.

"It was a big learning curve for us and some words have been said, but we've got to dust that under the carpet and get three points".

At this stage last season, Harriers had picked up 23 points and sat in 12th position in the National League North after 16 matches.

Despite some disappointing results during this campaign, a pleasing factor is that Harriers are comparatively further ahead this time around in league table terms, sitting in 4th position with 29 points.

I think the season has been OK to far, it can be better if I'm being honest..." Fraser Horsfall

On a personal note for Horsfall, the centre back said that he is enjoying his football and learning from playing alongside vastly experienced teammates.

"I think the season has been OK to far, it can be better if I'm being honest," said Horsfall.

"Last season we weren't in the position that we are now at this stage, so that's a positive.

"Looking at the table, we are still up there.

"I'm enjoying my football especially when we play in front of the Harriers fans.

"Playing alongside Jimmy, which I did all of last season and this season, I've definitely learn't a lot"

Harriers head to Liberty Way to face a Nuneaton side under new ownership who, on Tuesday night, almost rescued a point after coming back from 3-0 down to draw 3-2 against Chester.

Horsfall knows that the match is going to be another tough test for Harriers.

"It is a tough place to go, we've got to go there with the right mindset," said Horsfall.

"This season has been very competitive - you rarely get an easy game or an easy opponent - there is always a threat in every team that we play".

Heading into the match, manager Neil MacFarlane has a fully fit squad to pick from.